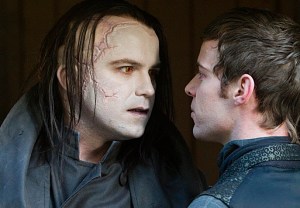 Showtime’s Penny Dreadful still has plenty of scares left in it, and, as such, has been renewed for an expanded Season 2.

The spooky thriller’s sophomore cycle will run 10 episodes, up two from the show’s freshman run.

“Picking up Penny Dreadful was one of the easiest decisions I’ve made,” Showtime president David Nevins said in a statement. “[Series creator] John Logan has deftly created an epic series that has drawn raves from a wide-range of audiences from quality drama lovers to critics, to hardcore genre fans.”

Episode 5 — in which viewers will learn of the shocking bond that connects Sir Malcolm (played by Timothy Dalton), Vanessa (Eva Green) and Mina (Olivia Llewellyn) — airs this Sunday at 10/9c, prefaced by a catch-up marathon airing Saturday from 6 to 10 pm EST.