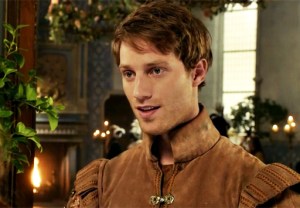 Taking a cue from his social-climbing character, Reign‘s Jonathan Keltz has been upped to series regular for The CW drama’s second season.

Keltz plays Leith, who first appeared as a simple baker, but eventually earned land and a title through several heroic deeds. He’s been less successful in love, however, having been scorned by Greer in spite of his considerable social advancement.

Keltz’s promotion was first reported by our sister site Deadline.

Reign fans, are you hoping Keltz’s promotion will pave the way for a Greer-Leith reunion? Drop a comment with your thoughts on their relationship below.