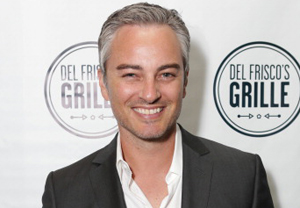 The Dawson’s Creek alum will recur in Season 2 as Callie’s biological father Robert Quinn, Zap2it is reporting. But the question is: Will he prevent Stef and Lena from adopting Callie?

The Fosters returns for its second season Monday, June 16, at 9/8c.

* Clueless star Stacey Dash has joined Fox News as a contributor. In a statement, the network said Dash will “offer cultural analysis and commentary across various daytime and primetime programs.”

* LeVar Burton has launched a Kickstarter campaign to raise money for a web-based version of Reading Rainbow. The goal is set at $1 million.

* Melora Hardin (The Office) will co-star in Amazon’s new comedy series Transparent, the story of a father (Jeffrey Tambor, Arrested Development) who reveals to his children that he’s actually a transwoman, our sister site Deadline reports. Hardin will play Tammy, a lesbian pal of Tambor’s on-screen daughter Sarah (Amy Landecker). Tammy was played by Gillian Vigman in the original pilot.

* Lifetime’s Petals On the Wind drew 3.4 million total viewers on Monday night, with 1.5 million landing in the coveted 18-49 demo — down 44 and 37 percent from Flowers in the Attic‘s January premiere.