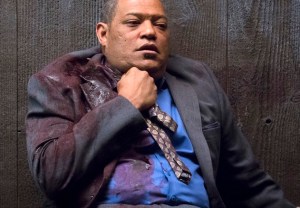 The spectacularly violent Season 2 finale of NBC’s Hannibal was something of an inevitability, says executive producer Bryan Fuller.

“I felt like it was a fated conclusion to the story that we have been telling: Inasmuch as we were trying to garner sympathy for the devil, you also have to respect the devil — or else you’re going to end up gutted on the floor,” says Fuller.

And thus, Friday night’s installment ended with Alana Bloom being hurled out a second story window by a resurrected Abigail Hobbs; the titular Dr. Lecter driving a curved knife into Will’s abdomen, then slashing Abigail’s throat as if she were a sacrificial lamb; and Jack, whose neck wound had been foretold via flash-forward in the Season 2 premiere, bleeding so profusely that gore dripped into the basement below.

TVLine caught up with Fuller to explore Bedelia’s motivations, Will’s conflicted loyalties and a number of last-minute finale changes (including a scene initially intended for Episode 7, plus a tweak to the airplane passenger list):

TVLINE | In Episode 12, Bedelia Du Maurier tells Jack, “If you think you’re about to catch Hannibal, that’s because he wants you to think that.” But it became clear in the finale that Hannibal was actually so enamored of Will, or felt so connected to him, that he’d truly let his guard down.
Absolutely. In that moment when Bedelia’s saying that, she’s working off the Hannibal that she knows. So, from her point of view, it’s wise not to trust a damn thing about this man. And yet, [Hannibal] was seduced by humanity in a true form, [by] Will Graham. That kind of seduction surprises Hannibal, and it surprises him that he allowed it. And that’s why his response [to Will’s disloyalty] was so brutal and spiteful and devastating.

TVLINE | When Will saw the FBI cars coming to arrest him, and he made that call to Hannibal and said “They know,” what was his motivation?
Well, there are several possible reasons, and we won’t know exactly which one it was until Season 3. But I think Will is feeling very conflicted about everything concerning Hannibal Lecter. And so, in that moment, he could have been calling Hannibal Lecter for one of two reasons: One was to warn him to get out of dodge, so his partner in crime could escape. Two was he wanted Hannibal Lecter to leave before Jack Crawford arrived, because he feared for Jack Crawford’s safety. We very intentionally wanted Will’s actions to be open to interpretation. 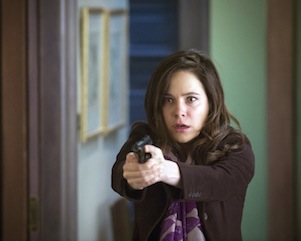 TVLINE | The scene of Alana falling out the window was so strangely beautiful — despite the fact that it featured one of the show’s central characters possibly plummeting to her death.
That scene was shot much earlier in the season, and was originally going to open Episode 7, reminding the audience what we were heading for. We knew [from the season premiere] what was going to happen to Jack Crawford, but here comes Alana Bloom into the scenario, and then, you know, we’d say “six weeks earlier…” As we got into Episode 7, though, it felt like we were so much in the Miriam Lass world, and so intrinsically tied into Dr. Chilton’s story and Will Graham’s release, [the scene of Alana’s fall] felt out of place. And so, I just said, “Screw it, let’s save it for the finale.”

TVLINE | I felt like you could’ve taken a frame-grab of any moment of her fall and it would’ve looked like artwork.
Well, that’s the goal of everything on this show, particularly in the second season as we’ve moved into this quasi-surreal state of being, and embraced the dream logic of Will Graham’s nightmare a little more tightly. Everything has to have that dream-like quality.

TVLINE | So, let’s talk about the final twist. We see Hannibal leave the scene of his carnage, everything fades to black, and then this piano music begins to percolate and we see an airplane with Hannibal and Bedelia. Why go to the credits first and risk having some viewers miss the subsequent scene? Also: What the heck is Bedelia doing on the plane? Is there any chance she’s his captive?
Well, we wanted separation between the finality of Hannibal Lecter walking out to the rain, having it wash over him, and cleanse him, and leaving this experience behind — an experience that has been beautiful but also demonstrative of his own weakness. He’s shedding it all. And we wanted that fade to black on the stag, the stag heaving its last breath, to be emblematic that this is the end of this chapter of the Hannibal/Will Graham relationship. The stag was symbolic of Hannibal and Will, and Will’s attraction to Hannibal, because it first showed up after he was exposed to Hannibal’s murder scene, with the raven and the severed stag head and the girl impaled on the antlers.

The stag had to heave a sigh, go to black. This is the end of Season 2, and essentially, after credits, that scene on the airplane is the first scene of Season 3. And the fun thing about the Season 3 opener is that we’re going to get into the specifics of exactly why Bedelia is in that chair, how she came to be in that chair, how it was actually an intriguing, smart decision for her, as opposed to Hannibal Lecter hijacking her and kidnapping her. I think she is absolutely where she has chosen to be, and how she made that choice is the hinge of Episode 1, Season 3.

TVLINE | Interesting! When Will and Jack were interrogating Bedelia in Season 2, Episode 12, I felt like she hinted at the attraction for her — at least as a therapist — to understanding Hannibal’s mind. So, I guess there was a bit of a payoff of that in the airplance scene.
Right, exactly. All those scenes were shot in the same day. [Bedelia’s] two interrogation scenes [in Episode 12] and the airplane scene [in Episode 13] were all shot in the same six-hour period that we were able to get Gillian between wrapping Crisis on Saturday morning and starting The Fall on Monday. I mean, she wrapped Crisis at 4am, got on the plane at 9am from Chicago, landed in Toronto at 10am, was in makeup by 11am and on stage by noon, then out by 6pm on her way back to the airport to catch a flight to Ireland to land first thing Sunday morning to get fitted for her wardrobe to shoot The Fall on Monday.

TVLINE |  That’s crazy.
It’s demonstrative of Gillian’s dedication to the show, and it was so nearly not going to happen. Gillian and I were communicating very closely throughout the season to find windows in her schedule that would allow us to continue the story. And Gillian is the one who navigated all of the different studios, and was like, “I’d really like to do this.” So, she was wonderful about it, and I can’t sing her praises enough — not only as an actress, but as somebody who can get s–t done.

TVLINE | Did you always envision the final scene of Season 2 would be the airplane moment with Bedelia and Hannibal? Did you have to have a second option in case her availability wasn’t what you wanted it to be?
Well, the [original] plan was to have Abigail on the plane with Hannibal. But then we got into the story and the emotional content of Will’s betrayal of Hannibal. Knowing Hannibal had worked very hard to create this alternate reality where Abigail lived, and where [all three] go on as a family in the shadow of horrible, horrible deeds, it felt like for Hannibal, after this betrayal, he would not be able to go on with Abigail. She was so symbolic of his relationship with Will. So, Hannibal was clearing the table. He was burning the village down. He was leaving nothing behind. He was walking away pure, and unfortunately, Abigail was a Will association for him, and was too painful to carry with him. So, it made sense for him to do what he did to Abigail in that moment, to punish Will. And then Bedelia felt like she had a story with Hannibal Lecter that was yet to be told, and it was a story of equals in some sense. Because I do believe that Bedelia is perhaps the smartest person on the show, and certainly enough to hold her wits against Hannibal Lecter. And I want to continue exploring what that’s like for Hannibal. 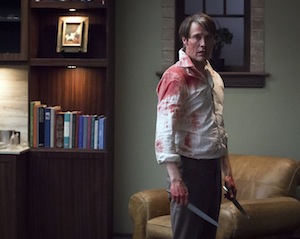 TVLINE | In an ideal world, will Gillian Anderson be a series regular for Season 3? And given that we haven’t seen this much bloodshed in a finale since maybe Dynasty’s Moldavian massacre, do you have a sense of who else will and won’t be back next year?
Not everybody walks out of Hannibal’s house alive, and I would love, love, love for Gillian Anderson to be a regular in Season 3, but that is all yet to be negotiated. In my mind, I would love to work with Gillian on everything. So, I’m hoping that she can be a big part of next year.

TVLINE | But the sheer amount of blood — all that spurting — yikes!
Crazy, crazy. I would be curious to ask a doctor, “If your throat’s been cut once, and you lost a lot of blood but you survived it, does your body adapt? Like, ‘Okay, I can lose a little bit more blood next time [my throat is slit]?'” [Laughs] We’ll have to figure that out.

TVLINE | Jack was also in pretty bad shape — all that blood flowing down the front of his shirt.
Yeah, and it was spilling underneath the floorboards into Hannibal’s basement. It was neat to see his blood flowing down to where Beverly Katz lost her life.

TVLINE | So let’s look ahead to Season 3. Cynthia Nixon’s character had actually put out a warrant out for Will and Jack’s arrests. Can Will go back to working with the FBI in the wake of that? Or does the fact that Hannibal really is a deranged killer get them out of that pickle?
Well, it certainly helps getting the pickle at least sliced and relished, but Will is going to have all sorts of unexpected allies in Season 3, some who we’ve met, some who we’ve not met. And he probably shouldn’t trust any of them.

TVLINE | What if NBC had not renewed Hannibal for Season 3: Would you have been happy with the Season 2 finale as a series finale?
Yeah, actually, in a way, very much so. There’s something so poetic about it, because you leave the audience with the power of interpretation. At the moment we left all of these characters, they were still alive. So, you can live in that moment and choose your own story as it were, but the follow-through and satisfaction for me would be seeing Hannibal Lecter walk out cleansed, baptized, and rebirthed, in the way that he did. I would have held my head high, as far as ending the [series] on such a bold note.