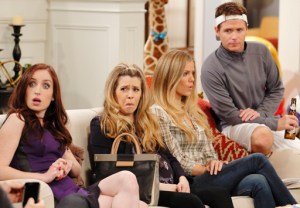 Both sitcoms were victims of the network’s pre-Upfronts cancellation spree, which also included The Crazy Ones, Intelligence and Hostages.

With the cut comedies out of the mix, CBS will air Mom repeats Mondays at 8:30/7:30c — aka its new time slot starting this fall — while the Eye’s Thursday rerun lineup will now play as follows: The Big Bang Theory, Mom, Two and a Half Men and The Millers.

FWBL has four unaired episodes remaining, while Bad Teacher still has eight left in the can.