If you’ve yet to watch Sunday’s Revenge finale, avert your eyes now. Spoilers ahead!

Now that’s how you do a season finale.

Sunday’s Revenge brought much of the drama from the past three seasons full circle, as Emily finally took down Conrad and cleared her father’s name. Other major events included the murder of Aiden, the apparent death of Conrad, the long-awaited return of David Clarke and the soon-to-be iconic shot of Victoria screaming for her sanity in a mental institution.

Below, showrunner Sunil Nayar defends the finale’s controversial twists, reveals whether or not Conrad’s death will stick and teases David’s game-changing reintegration into Hamptons society.

TVLINE | I feel like a lot of fans will want to know why you (via Victoria) killed Aiden.
When we started charting out where we thought we were going to go at the end of the season, with the reintroduction of David Clarke and taking Conrad down and clearing David’s name, we thought, “Well, Emily can’t be left without the sense of revenge.” For three seasons, we’d examined what it means for a young girl to have her father taken away and to want vengeance for that, and we couldn’t leave Emily without that sense of it. We, sadly, thought the only way to reinvigorate her sense of revenge in the moment — and to also let the audience understand what that feels like — was to see that happen.

Aiden, being her true love, was the most emotional choice, especially as we spent the second half of the season deepening what Aiden’s story was. We wanted the audience, along with Emily, to understand who she was losing and who took her away. Now, both Emily and Victoria have lost their loved ones, essentially at the hands of the other, so that Revenge will be all new in its conception next season. And it’s a Revenge people will understand, because they were there when these moments happened. That creative necessity is what led us to kill Aiden, which was so heartbreaking. We’re really going to miss him, but it was the right thing to do. TVLINE | So why didn’t Emily kill Victoria when she had the chance? What else does Emily have planned?
That’s sort of what Emily’s always been about, the death by 1,000 cuts; human suffering is a much greater revenge than just the emptiness of death. Especially after what Victoria did, Emily wants this woman to live, but live miserably, as opposed to dying. As we go into Season 4, Victoria will not only feel a sense of anger and revenge in regards to what happened to Pascal, but she essentially created this young woman, so there’s also a comeuppance. Everyone has to look at the world around them — Emily, Victoria, Daniel — and they all have to think, “Well, we’re complicit in the things that make us unhappy,” and that’s something we want to look at in Season 4. That also led us to bringing David Clarke back, but in a way that you’d never expect.

TVLINE | I definitely wasn’t expecting him to return that way. Can you confirm that Conrad is dead?
You know what, we’re beginning to talk about next season, and we haven’t seen him actually die. I think there’s that little tug of me thinking, “I don’t want to lose Henry [Czerny], and that character’s so good,” but you never know. I don’t want to say anything definitively because this is Revenge, but he’s not doing super well lying on the road there.

TVLINE | No, no he’s not. Will next season pick up with him lying on the road, or can we expect a time jump?
That’s something we’re starting to discuss, but nothing is set just yet.

TVLINE | Can you say how David’s relationships will be when he returns? I can’t wait to see Victoria’s response.
Those are the great questions we’re looking to answer, and we’re still figuring out things like, “How are we going to bring him back to the Hamptons? Where are people going to be when they find out? Who’s going to see him first?” Victoria and Emily are both going to have to reckon with what they’ve done in his name over the last 20 years, and then they’ll have to reckon with, “Well, who is this man?” It’s fun because, for the first time, the audience knows something that none of the people on the show do. The audience knows what he did to Conrad, they know what a raw act of vengeance it was. So the David that’s eventually going to come back to town isn’t going to be the David that the people in the Hamptons know, but the viewers have seen him and know what he’s capable of. That’s a fun dynamic we’ve never gotten to play with before. TVLINE | Speaking of changing, Charlotte has undergone quite the emotional transformation. What’s next for her?
Every season has been about her growing up in ways that are out of her control, that poor woman. What I loved about the episode where Emily kidnapped her was that it was an endeavor to take Conrad down, but it was also an endeavor to toughen Charlotte up and show her that this is the world she lives in. She’s a knowing person for the first time, except that she still doesn’t know who her sister is, which we think is such a great thing in the offing for Season 4. In some ways, she may see that as the ultimate betrayal.

TVLINE | She also had Jack put behind bars, it seems. How will that turn out?
That’s a great question as to what his stance is going to be and who he chooses to be honest with in the moment. We saw that, even though he was implicit in the takedown of Conrad, Jack is still such a kind soul. He’s had to reconcile with the idea that sometimes to achieve justice, you have to do things that are counter to your nature. But he’s the moral center of the show, so going into Season 4, it’ll be interesting to see what he does. He could give up Emily, Nolan and Aiden — or he could just blame Aiden, now that he’s dead. Or he could keep it all to himself, carry the weight of it and let Charlotte hate him so that he can protect the relationship that maybe she’ll have someday with Emily.

TVLINE | If he does take the fall, he might have a new cellmate soon. Is Gideon going to through with his plans to blackmail Daniel?
We’re looking to deepen the dynamics between Daniel and Gideon; we think that actor’s phenomenal. It’s the good vs. evil, which is Jack and Margaux. These two people are so different in this position, but they also share a history. We have a hint of what Emily and Jack were together, that Jack was the moral center and Emily went off and became this person who could revenge. Margaux is so good, and it’s her nature to be good, while Daniel is the product of Conrad, Victoria, Emily, Nolan, everybody. He’s becoming bad, but not in a way he ever wanted to be, so with the situation in front of him, the question is: What will he do? Will he be the bigger person and own up to it? Will Margaux help him out with it? We like to think, “What will the new Daniel Grayson do, and how will Margaux feel about it?”

TVLINE | You were picked up for a fourth season long after you filmed the finale. Did you plan it, in any way, as a potential series finale?
No way. We built this all because we were confident we’d get a fourth season. And by launching another story, it’s like, we have to have another season. I know the network cares about the fans just as we do, and there’s no way they’d leave them hanging. In whatever season it ends on, hopefully many years from now, it has to finish. It can’t just stop.

Revenge fans, what were your reactions to the Season 3 finale shockers, and what do you hope Season 4 will bring? Browse finale photos, then drop a comment with your thoughts below. 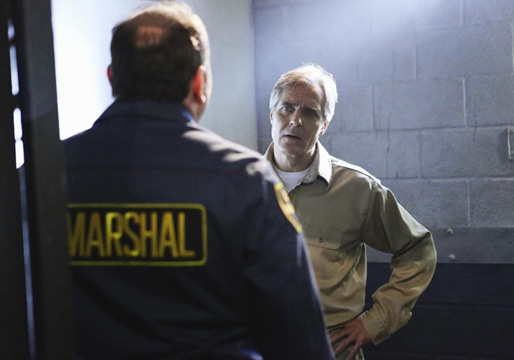