Tuesday’s episode of The Originals (The CW, 8/7c) introduces a tragic twist for a key player in the Big Easy’s supernatural civil war, but as newcomer Chase Coleman reminds TVLine, “A war is brewing — and war breeds casualties.”

TVLine recently spoke with Coleman, who plays Jackson’s right-hand wolf Oliver, about what the season’s final episodes will bring, including increased tension within the Crescent pack.

(Bonus: Check TVLine tomorrow, April 23, for major scoop on the season finales of The Vampire Diaries and The Originals, complete with exclusive photos.)

TVLINE | So, what kind of werewolf bootcamp did they put you through for this?
No werewolf bootcamp, sadly. But that reminds me, we did a scene recently that didn’t make it into the cut. At the very end of the last episode, we were all around the campfire and Elijah was watching me, Jackson and Hayley. We did some different takes and cuts while we were filming that, including one where we were improving and singing. We eventually got to a point where we started howling at the moon, and it was so funny.

TVLINE | Did you do anything special to prepare for playing Oliver?
I went back and watched all of The Vampire Diaries and The Originals to see everything they’ve done with werewolves so I could have a better understanding of who Oliver is.

TVLINE | You watched all five seasons of The Vampire Diaries?
I binged the hell out of it. All of it.

TVLINE | Well, then I have to ask: Team Stefan or Team Damon?
Oh man, I love Damon. In fact, in talking to the writers, I kind of compare Oliver to Damon. I feel like Jackson is more Stefan and Oliver is more Damon. Oliver’s an a**hole, and he’s rebellious, but he’s still a good person. There’s still goodness there. He just doesn’t want to be that way sometimes.

TVLINE | What part will Oliver play in the battle for New Orleans?
He and Jackson agree that the wolves deserve to take the city back, but I don’t know if he and Jackson necessarily agree how that should be done. When Jackson first brought him the deal with Klaus, Oliver was like, “No way. I’d rather be dead than make a deal with Klaus.” But then, in the most recent episode, Oliver brought Cary to Klaus for the rings. Oliver really believes those rings will give the werewolves the power they need to fight back.

TVLINE | Sounds like there could be some tension brewing between Oliver and Jackson.
That’s something to watch for. There’s already some tension within the group because Oliver doesn’t like Hayley. He doesn’t know Hayley, and he’s not sure if she can be trusted. He’s been telling Jackson to be careful, both with Klaus and Hayley, and I think we’ll be seeing a rift pretty soon. TVLINE | Oliver and Rebekah had a brief connection before she took off. What are your thoughts on her exit?
Claire was amazing to work with. Sadly, we only got to work together on that one episode, but I love her character and love her as an actress. I was actually nervous, because Oliver was picking a fight with the wrong vampire. So when she was banished by Klaus, I actually breathed a tiny sigh of relief. I figured I’d have more legs on the show. Then again, I am hoping that if and when Rebekah decides to come back that there could be something more there.

Browse pics from tonight’s episode below, then drop a comment: How do you think this vampire-werewolf war will play out?

If you like TVLine, you'll LOVE our email news alerts! Click here to subscribe.
The Originals' Chase Coleman Previews the Next Major Death: 'War Breeds Casualties' 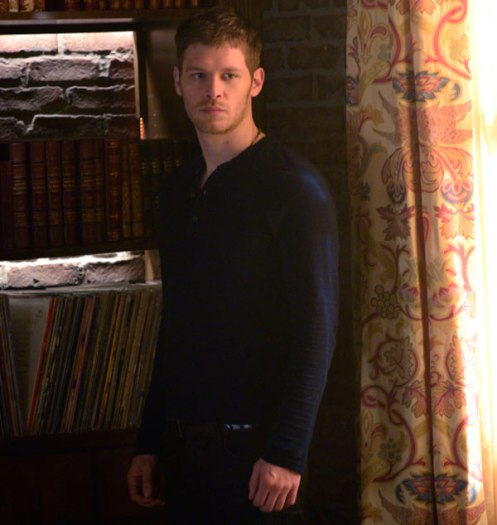