Oh, we’ve come a long way from the likes of Jonathan Smith and Clarence.

In the new Syfy series Dominion — premiering Thursday, June 19 at 9/8c and based on characters from the 2010 feature Legion — it’s the year 25 A.E. (After the War of Extinction) when an army assembled by the archangel Gabriel (played by Carl Beukes) wages a war of possession against mankind’s survivors. In that fight, the archangel Michael (300‘s Tom Wisdom) sides with humanity, against Gabriel.

Will you be giving Dominion a try? 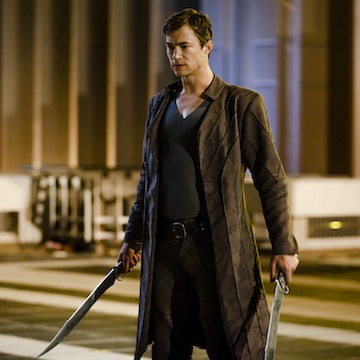