No pet rock was left unturned as the battle for Greendale reached its electrifying conclusion in Thursday’s Community season finale. And, naturally, the fate of the institution rested on the shoulders of an emotional robot named Raquel.

RELATED | Exclusive Community Season Finale Video: Are Jeff and Britta Saying ‘I Do’?

The gang’s quest to locate Greendale founder Russell Borchert’s gold — thus potentially saving their school from Subway’s takeover — took them deep into the college’s forgotten computer lab, a catacomb so stunted by ’70s references that even Abed’s retroactive pop-culture knowledge was of little use.

Jeff and “friends” were surprised to also discover Russell himself, alive and crazy, hiding out in the lab. His existence is what ultimately severed the sale of Greendale to Subway, despite the efforts of Chang, who is not only “mentally ill” (his words), but also apparently now a member of the school board.

We should also probably discuss Jeff and Britta, who ended their engagement (surprise, surprise!) after saving Greendale. But that’s not all… In order to escape from the computer lab, Jeff had to use his emotions to tap into Raquel, and it appeared his strongest emotion came from his interaction with Annie.

Assuming Community returns for a sixth season — NBC has yet to announce its renewal — it looks like Annie will remain in the running for (what’s left of) Jeff’s heart.

What’s your take on the Community finale? Hoping for a sixth season (and a movie)? And who’s hotter: Elliott Gould or Donald Sutherland? Rate the episode below, then drop a comment with your review. 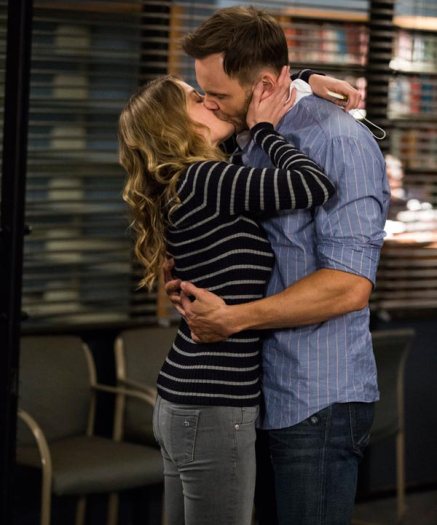