Not to go all “Amazing Grace” on this recap, but if you thought Season 13 of American Idol was lost — in terms of talent, ratings and general fizzy excitment — tonight was the night it found itself.

We had not one, but two contestants delivering radio-ready, self-penned songs that I fully intend to download on iTunes. (Actually, in the interest of full disclosure, I shelled out $1.29 for Jess Meuse’s ditty a couple hours before the telecast began.) We had two other singers deliver such brazenly original arrangements of Big Diva Classics that I wondered if I’d accidentally stepped into the TARDIS and traveled back to the heady days of Season 8. (Don’t call me crazy — Allison Iraheta and her shocking pink hair did get showcased in a lovely duet this evening.) And even the wobbly legged impalas of Season 13 gained speed and steadiness and kept themselves within striking distance of the front-runners.

In other words, if the “Judges’ Save” is going to get used this season — and Keith Urban did promise me that it would — then it’s not a bad bet that it’ll happen Thursday night.

OK, OK, a couple of the evening’s duets proved to be the cowpies in the beautifully oil-painted landscape, but it’s not like there’s a mentor on set to help these kids. (Srsly, did anyone notice an almost total absence of Randy Jackson, save for that end-of-episode shout-out?) Not that I’m complaining, mind you. Better to navigate one’s own ship through stormy seas than to have some random dude in a brightly colored blazer steering you toward an iceberg!

But before I get stuck in “cantankerous recapper” mode, let’s jump to letter grades for tonight’s performances:

Tonight’s Set List + Grades
Jessica Meuse: “Blue Eyed Lie” (Original Song) — Grade: A | I could grumble about the infuriating nature of Keith’s “you never move your legs!” complaint and Harry’s “there was a small dead space at the end of the song” critique — especially given their copious praise of lesser performances later in the episode. But I’m going to hang on to the belief that the Idoloonie Nation was too busy downloading “Blue Eyed Lie” on iTunes to pay attention to such silliness. There was so much grit and oomph in Jessica’s delivery tonight — like J.Lo noted, the vocal was “perfect” — and those qualities underscored the stinging lyrics and country-rock slap of Jess’ fantastic original track. “They say a man who’s worth your tears will never make you cry” could easily be the “No! More! Drama!” of this decade, no? Or, if not that, at least a future soundtrack cut on ABC’s Nashville.

C.J. Harris: The Allman Bros. Band’s “Soulshine” — Grade: B- | Before we get to the vocal, a quick announcement: C.J.’s girlfriend, whose palpable pride and adoration for her beau brings her to the brink of tears every week, has built an insurmountable lead as TVLine’s Favorite Season 13 Family Member. (Jena’s giddily enthusiastic brother is a distant second, for the record.) And tonight, I was stoked that, for a change, said girlfriend’s delight was warranted. C.J. ironed out some — though certainly not all — of his pitch problems and seemed really connected to the lyrics, too. He’s not the most nuanced interpreter in the bunch — there was a lack of dynamics and intimacy to the performance — but it was servicable, bordering on solid. Can we all agree that this might be the best possible note on which C.J. could end his Idol run?

Jena Irene & Alex Preston: Pink & Nate Ruess’ “Just Give Me a Reason” — Grade: B | Jena’s upper register on the verse was a fluttery revelation, and while Alex seemed a little more tenuous in his approach — averting his gaze to the floor, then back to Jena, then back to the floor again — the harmonies were pleasing enough that they shifted my focus away from Alex’s hideous pink-and-green floral shirt/blue scarf combo. (Side note: Alex, whatever blood feud you’ve got going with the wardrobe department, bring them a dozen donuts tommorow and tell them you’re sorry. It’s in your best interest, buddy.)

Sam Woolf: Ed Sheeran’s “Lego House” — Grade: B- | I wonder how much better the shy teenager’s performance would’ve been tonight it hadn’t been preceded by a lengthy grilling from the judges about his ladies’ man status? (Dial 1-800-SMDH-4-RL if you feel me!) Surrounded this week by LAMPS! instead of LIGHTBULBS!, Sam served up a slowed-down cover of “Lego House” that somehow felt less intense than his “auction-style” audition. The kid’s got a beautiful voice, but there wasn’t a single word or phrase or section of “Lego House” that he delivered with any more intensity or emphasis than any other one. The end result left me feeling like Sam had stared directly into the eyes of one too many audience SwayBots — and that they were stealing his emotions and using them to fuel their high-pitched screams. (Pro tip for next week: Never stare directly into the eyes of a SwayBot.)

Malaya Watson: Aretha Franklin’s “Ain’t No Way” — Grade: B | I can’t say with 100 percent confidence that I wasn’t in any way influenced by Malaya’s pre-performance tale of how she almost skipped her Season 13 audition because she was convinced the judges would tell her she was too young, that she needed more time to grow. But as she stank-faced and pleaded her way through Aretha’s classic soul ballad, I occasionally got the sense that Malaya was “playing” the emotion rather than “feeling” it, if that makes any sense. The good news is that Malaya continued to show improvement in the restraint department — except for a few overwrought phrases on the chorus — and if she heeds Harry’s advice to better match her runs to the chords being played by the band (I love that I’m learning more about music thanks to his specificity), she could wind up with plenty more weeks to disprove my doubts.

Dexter Roberts: Brett Eldredge’s “One Mississippi” — Grade: B+ | “I guess you showed us!” giggled J.Lo, after Dexter shifted out of the bro-country lane in which he’s been driving all season and delivered a heartfelt rendition of a serious heartbreaker ballad. With a minimalist piano arrangement — and glorious harmonies from Season 8’s third-place finisher (don’t you dare try to correct me and say she finished fourth) Allison Iraheta — the Alabama native reminded voters that he’s got real vocal ability, a smart piece of strategy as the field narrows and vote-splitting could become an issue for himself and his fellow country-leaning contestant C.J. Oddly, Keith’s critique about Dexter needing to work harder to “communicate the lyric” seemed like it would’ve been more appropriate last week, or the week prior.

Malaya Watson & Sam Woolf: Colbie Caillat & Jason Mraz’s “Lucky” — Grade: D | Have you ever seen a middle-school dance where all the boys stand on one side of the room and all the girls stand on the other side of the room and it’s just really awkward for everybody? Now imagine if a reality TV producer dragged two of those kids from the room, put them on a nationally televised singing competition and made them sing a love ballad. And then the girl botched like every bit of harmony they threw at her, and the boy crawled under a guitar amp and turned to dust. Yep, that’s pretty much what happened.

Jena Irene: Adele’s “Rolling in the Deep” — Grade: A- | I’m not gonna lie to you: I was more impressed/intrigued by Jena’s performance tonight than I was moved by it. But in a competitive situation, being impressive and intriguing counts for a lot, y’know. Starting nearly a cappella (with just an intermittent tinkling of a piano in the background), Jena reimagined the beginning of Adele’s global smash in sensuous, torch-y fashion. And that’s where things got interesting. As Keith sagely pointed out, most contestants would’ve decided the unique intro was enough — and retreated back to the safety of a karaoke arrangement. But not Jena, who stripped away the hand-clapping propulsion and girl-group backing vocals in favor of a slower, Tedder-y vibe. It was as though Jena completely deconstructed “Rolling in the Deep,” then rebuilt it with a new tempo, an augmented (and dare I say more challenging?) melody and a slightly more aloof mood. In a head-to-head matchup, Adele’s original is still my favorite, but if Jena had just coughed up a carbon copy, then there’d have been no use for it outside the Idoldome. Instead, this 17-year-old kid’s willingness to gamble on her own creative vision — and to risk potential elimination if voters’ ears found said vision too jarring — tabs her as a potential heir to prior Idol trailblazers like David Cook, Kris Allen, Adam Lambert and Candice Glover, not a bad quartet to follow, competitively speaking.

C.J. Harris & Dexter Roberts: Darius Rucker’s “Alright” — Grade: C- | Somebody was singing seriously out of tune here. And that somebody was C.J.

Caleb Johnson: Aretha Franklin’s “Chain of Fools” — Grade: B+ | Is it just me, or does Caleb always seems to get superior backdrops, lighting and camera angles? (That stained-glass kaleidoscope behind him tonight was especially nifty!) But while I appreciated that, like Jena, Caleb took a major diva classic and dressed it up in different clothing (pure blues-rock duds, in this case), there were portions of the performance where his vocal sounded just a wee bit ragged, just a tad less on-point than usual. Harry’s suggestion that Caleb choose something next time that “isn’t so loud” came across a little less technically astute than we’ve come to expect from the panel’s esteemed professor — oh snap, I went there! — but it nevertheless rang true. Caleb’s a hoot to watch, but a little vulnerability — a little glimpse into who he is when he’s not being the life of the party — has to be the next step on his Idol journey if he wants to stay on target for confetti-shower consideration. I mean, the way Caleb delivered “Chain of Fools,” it almost felt as though he was the one in charge, not the desperate lover trying to break free, didn’t it?

Alex Preston: “Fairy Tale” (Original Song) — Grade: A- | Remember when we got excited because Idol allowed us to hear a snippet of Crystal Bowersox’s “Holy Toledo” during her hometown visit in Season 9? We’ve come a long way, Idoloonies — and Alex will definitely enter the Idol history books (right next to Jessica) regarding contestant’s original tunes getting the green light inside the House That Kelly Clarkson Built. Better still, three listens in to Alex’s complex, self-penned gem, and I’m still finding new things to like about it: The little lilt in his voice on “damsel in distress,” the slight shift in tempo going into the chorus, even the sensation — were this performed in a concert venue — that he and the band could jam out to it for 10 minutes. My one small complaint about Alex’s performance tonight was that — especially when he’s doing original tracks the audience doesn’t know — he needs to be careful about diction, to ensure we can understand and feel every word he’s singing. The good news, though, if Per Blankens is sitting on a “No Boundaries”-style turkey for the Season 13 victory anthem, maybe Alex and Jessica (and even Jena — whose “Unbreakable Me” scored her the Wild Card) can combine forces to create something less airplay-averse.

What did you think of the Top 8? Who were your faves? Who’s in trouble? Take our poll below, then sound off in the comments! And for all my reality TV-related news, interviews and recaps, follow me on Twitter @MichaelSlezakTV!
Follow @MichaelSlezakTV

https://www.youtube.com/watch?v=S3mtYc1vUvE
If you like TVLine, you'll LOVE our email news alerts! Click here to subscribe.
American Idol Top 8 Performance Recap: We Can Learn to Love (This Show) Again [Updated] 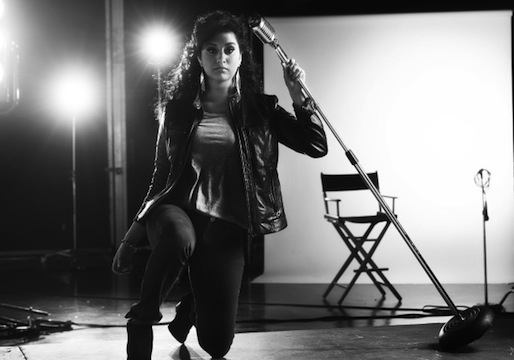