Come mid-May (if not sooner), the networks will be have to buckle down and make some tough calls about which remaining “bubble” series will return for the 2014-15 TV season, and which… won’t.

How does the future look for the futuristic Almost Human? Should Beauty and the Beast‘s love story continue? Can ABC afford to wield its S.H.I.E.L.D. again in the fall? Does NBC Believe in Season 2? Is CBS still Crazy about Mork and Buffy?

TVLine presents this alphabetical round-up of “bubble” shows — from admitted long-shots and legit fence-straddlers to slightly surer things — in some cases making arguments both for and against renewal. We then invite you to cast your vote for each show’s fate!

If you like TVLine, you'll LOVE our email news alerts! Click here to subscribe.
Keep or Cut? Vote on the Fate of Almost Human, Beast, Community and 25 Other 'Bubble' Shows 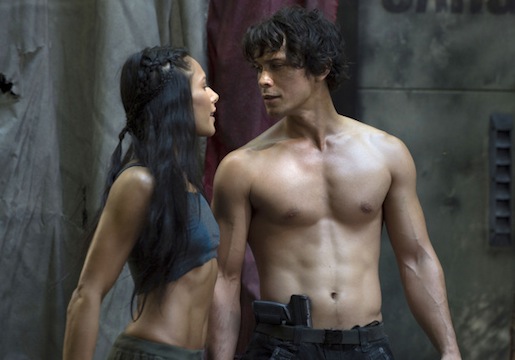