Brace yourselves, How I Met Your Mother fans. TVLine has obtained a handful of photos from the first half of the CBS comedy’s one-hour series finale (airing March 31 at 8/7c), and some of ’em scream, “Major freakin’ spoiler alert!”

Among the big takeaways from the following first look at “Last Forever Part 1”: Robin and Ted engage in one of their favorite traditions — and then meet up years down the line!; Barney breaks out The Playbook; Ted and The Mother partake in some serious cuddling; and the gang share a group hug that already has us misty-eyed.

Check out the photo gallery and then head to the comments with your thoughts/theories on Robin and Ted’s mysterious meeting and her conveniently hidden hands. 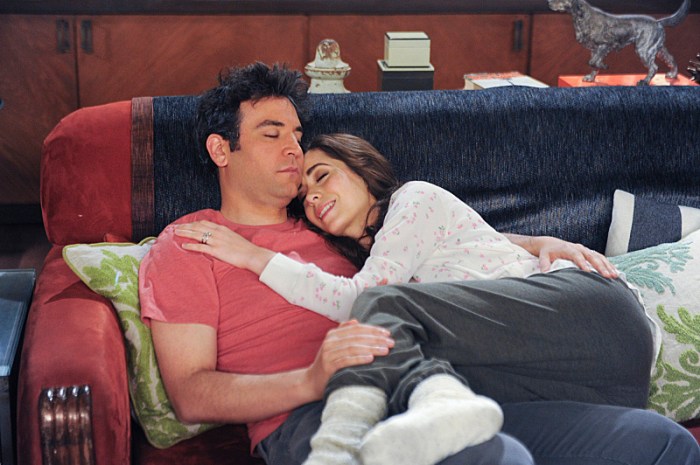