Point those toes and get your jazz hands limbered up.

Season 18 of Dancing With the Stars is set to kick off next Monday (8/7c on ABC) — and while it’s unclear which contestants have knowledge of an eight-count or are in possession of an eight-pack (dare to dream!), it’s never too early to start handicapping the race.

Below, check out our gallery of the celebs and pro partners who’ll be trying to paso and rumba their way into your hearts over the next few months — along with their competitive chances and estimated odds of winning — in order from least- to most-likely champ. (Note: Amy Purdy and Derek Hough’s official Season 18 portrait is not yet available — so we had to improvise.)

(And yes, while at one point during the DWTS season, the stars will swap partners — and it’ll be up to America to decide who ends up together — we figure these initial pairings will last long enough to establish some fairly strong voting patterns.)

When you’re done reading our analysis, hit the comments with your own thoughts on who’s likely to win, who’ll make the finals, and who’s going to be the first celeb booted. And for all my reality TV news, interviews and recaps, follow me on Twitter @MichaelSlezakTV!
Follow @MichaelSlezakTV

If you like TVLine, you'll LOVE our email news alerts! Click here to subscribe.
Dancing With the Stars Season 18: Who's Likeliest to Win? Check Out Our Odds! 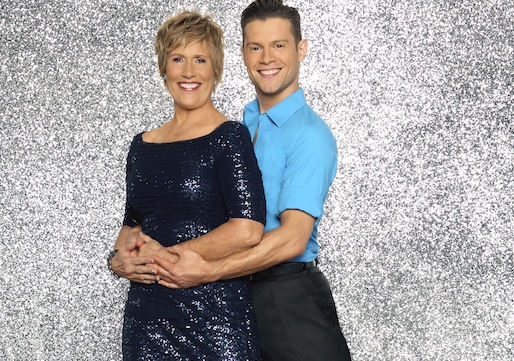