Arrow star Stephen Amell had great things to say about next week’s episode, titled “The Promise” — and judging by this rather spoilery assembly of photos, we can see why.

As part of his in-depth Q&A during TVLine’s visit to the CW drama’s Vancouver set, Amell said that “The Promise” aka Season 2, Episode 15 is the one he’s most proud of, explaining: “A lot of people have written or said that there are a couple of episodes in the second half of our first season … that took the show and elevated it to the level that we’ve gotten to this year. I believe that our 15th episode — and possibly our 13th episode that just aired — are the episodes that take the show to another level.”

If you so desire, despite our multiple spoiler warnings, to see what’s going down in current day Starling City (while flashbacks pit Oliver against Dr. Ivo and/or Slade), this slideshow is yours for the taking. (And mind you, this is nothing compared to the scenes I saw being filmed.) 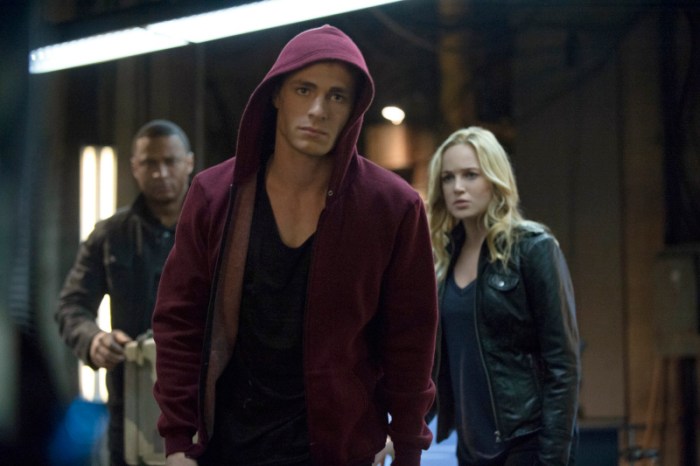