A long time ago, we used to be friends with Veronica Mars, but a lot has changed since then — like the titular heroine’s profession, Mac’s hair and maybe even Logan’s personality.

It’s been seven years since we last hung out with our favorite teenage P.I., and when the drama’s big-screen adaptation hits theaters on March 14, 10 years will have passed for the characters. So, who’s working where now? Who has kids? And has Logan shed any of his Obligatory Psychotic Jackass tendencies?

TVLine visited the set of the Veronica Mars movie last June and got the scoop from creator Rob Thomas and the stars on how life has treated Neptune’s beloved residents.

Flip through the photo gallery below as we answer the question: Where are they now? Then hit the comments to tell us if Thomas’ film matches what you envisioned for the gang. 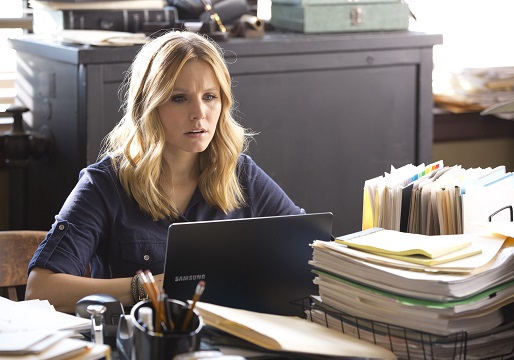