Warning: The following contains a spoiler of unusual size from the second half of Once Upon a Time Season 3.

By the time ABC’s Once Upon a Time closes the book on its third season, someone will have been definitively denied his or her chance at a happy ending. Because that character will be — gulp — ended.

PHOTOS | Once Upon a Time Spring Preview: Addled Emma, MIA Neal and 6 Other Burning Qs Answered

Series creators Adam Horowitz and Eddy Kitsis tell TVLine exclusively that the fantastical series will be killing off a major character during the second batch of 11 episodes (launching March 9), resulting in the exit of a series regular. “The character dies, for real,” Kitsis makes clear — at which point his/her portrayer will, make no mistake, leave the show.

Every series regular cast member is a possibility — except for Robert Carlyle. The EPs have agreed to rule out that one candidate, seeing as Rumplestiltskin is theoretically already “gone” (having sacrificed himself in the name of vanquishing Peter Pan).

RELATED | Meghan Ory Happily Anticipates Ruby’s Once Upon a Time Return — Especially If….

Review our slideshow of the eight candidates and cast your vote for who is likely to meet their maker.

If you like TVLine, you'll LOVE our email news alerts! Click here to subscribe.
Exclusive Once Upon a Time Bombshell: A [Spoiler] Is Coming -- Ready, Set, Speculate! 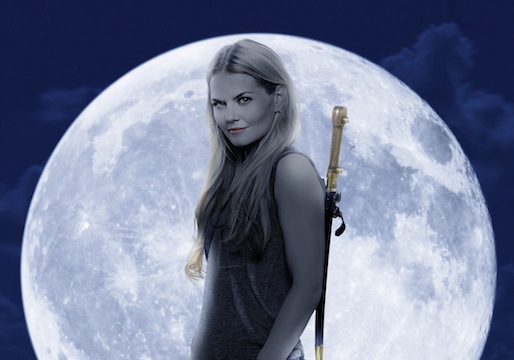