Emmy aficionados know the drill: Each July, the Academy of Television Arts & Sciences announces its annual slate of nominees, inspiring a strange cocktail of elation and dread.

But just as vexing as the usual snubs (in the Emmy world, apparently, Community, Happy Endings, The Middle and New Girl barely existed last year) is the penchant for lazily rewarding certain shows and actors based on past glories alone — without a real examination of whether they’re continuing to deliver vital, relevant work.

In the spirit of finding a fresher mix of nominees in 2014, TVLine decided to alert the Academy (REALLY far in advance) to 15 series and/or performers in the Comedy category who’ve been doing first-rate work since launching after last year’s June 2013 eligibility deadline. We’re not saying that all of these members of the freshman class have quite earned their spot at the table — frankly, at this point we’re not advocating for anything other than Parks and Recreation‘s return to the Outstanding Comedy Series race — but they ought to at least be in line for the banquet.

Check out our gallery of freshman-class faves below, then hit the comments and tell us which other comedy newcomers ought to have the old guard quaking in its designer footwear.

If you like TVLine, you'll LOVE our email news alerts! Click here to subscribe.
Emmys Watch: 15 Freshman Comedy Series/Stars Who Could (or Should) Shake Up the Old Guard 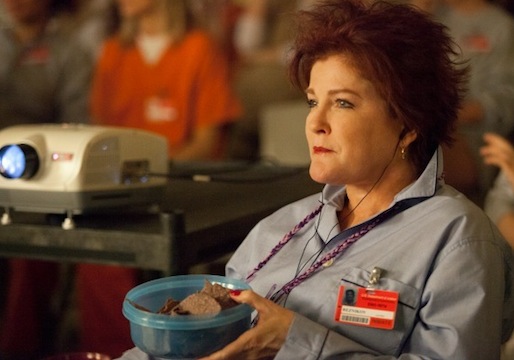