Mark your calendars, Gleeks: Fox’s high-school musical will graduate from the airwaves for good sometime around the spring of 2015 — at the end of Season 6, cocreator Ryan Murphy announced this week.

Whether or not news of Glee‘s end date warms your heart or sends you into the fetal position, it’s hard not to wonder how exactly the show’s writers will conclude their tale of William McKinley High School’s underdog show choir (and its all-star alumnae). Heck, Murphy himself is apparently in full brainstorm mode, having told reporters at a Paley Center event honoring FX Networks that he has “a good idea” about “how after Cory [Monteith]’s unfortunate passing, we can end the show” in a way that’s “very satisfactory.”

Anyhow, while the various Glee endgames are still up in the air, we figured we’d put the fates of 11 key characters up to a vote. So click through the following photos and take the polls that accompany each and every one of ’em. And if you don’t like any of our proposed fates for a particular character, head directly to the comments and propose an idea of your own!
Follow @MichaelSlezakTV

If you like TVLine, you'll LOVE our email news alerts! Click here to subscribe.
Glee Sets Its End Date -- But What Do You Want for Its Characters' Endgames? Take Our Polls! 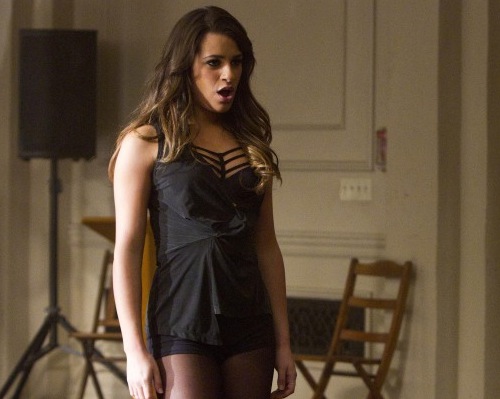