When Kenan Thompson told TVGuide.com this week that Saturday Night Live avoids comedy-rich targets like Michelle Obama, Oprah Winfrey and Beyoncé, Sleepy Hollow and Scandal because finding funny black female sketch comics is “just a tough part of the business,” all we could do was wince.

And then, when we decided to look at the numbers, we got really exasperated. In 38 years on the air, SNL has ony had four black female cast members; perhaps just as shocking, in the last 90 episodes alone, only two black women (Gabourey Sidibe and Maya Rudolph) have hosted. (For those of you wondering “What’s the big deal?”, let’s be honest — it’s not like NBC’s long-running late-night comedy show has been slaying it in the last couple years. A whopping 68% of TVLine readers gave last Saturday’s installment a grade of C or lower, so perhaps a little soul-searching wouldn’t hurt?)

Lorne Michaels & Co. took a small step towards addressing the show’s embarrassing track record when it announced today that the fabulous Kerry Washington will emcee the festivities for SNL‘s Nov. 2 episode, but we’re not entirely satisfied. To help keep SNL on its toes, we’ve put together a list of 15 funny black women whom Michaels should put in the hosting mix as Season 39 continues. A few of ’em are buzzy stars who’d be sure to draw eyeballs; a couple are legendary funny gals whose omission from the show’s illustrious roster of hosts is almost blasphemous.

Read on for our picks, then hit the comments and tell us which women of color you’d hire to follow in the recent comic* footsteps of Miley Cyrus, Taylor Lautner and Eli Manning. (*Sarcasm alert) 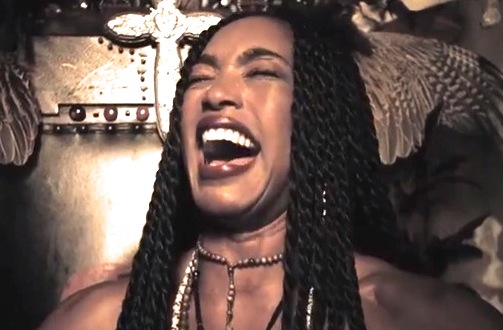