The fall TV season is in full swing, which means that you, the networks and your frenemies at Nielsen are hard at work sorting out the winners (hi there, Season 2 of Sleepy Hollow!) from the losers (adieu, Lucky 7!).

While you work overtime managing your DVR’s series-recording list, though, there’s no doubt that certain performers from new series have prompted questions like: “Hey, where do I know that chick from?” And, “Oh, man, that dude was great on [insert ‘Title of Favorite Old Show That Only Lasted Two Episodes’ here]!”

In honor of those fresh and/or verrry familiar faces who make up a big part of TV’s current freshman crop, we’ve put together a handy gallery to help you seek out some of their early hits, along with at least one credit worth tracking down on iTunes or Netflix. So press play below for a closer look at 15 actors who’ve got us buzzing, then hit the comments and riddle us this: What other previous performances by these stars are worth checking out? And which other performers are breaking out for you this TV season?

RELATED | Did Lifetime’s Witches of East End Enchant You? Take Our Poll! 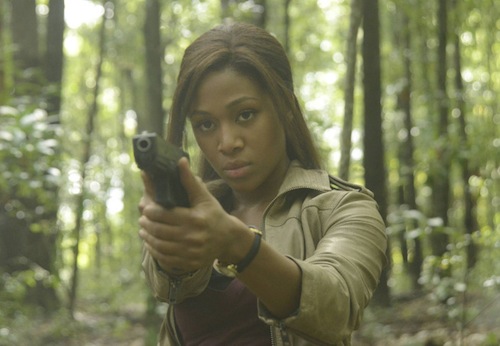