The writers of How I Met Your Mother (which returns Sept. 23 at 8/7c) are a clever bunch. In addition to introducing countless subplots that are revisited throughout the series, moving seamlessly through flashbacks (and flash-forwards) and juggling the storylines of five main characters, the team behind the CBS sitcom has never failed to drop juuuust enough hints about the Ted Mosby’s eventual wife, known among viewers as simply “The Mother.”

But in eight seasons, there sure has been a lot to remember. Instead of desperately binge-watching to prepare for Season 9, we’ve provided a cheat sheet. Here are 13 essential HIMYM episodes that can help you piece together the who, what, when, where and why of Mrs. Ted Mosby.

Flip through the gallery and then hit the comments with your suggestions.

If you like TVLine, you'll LOVE our email news alerts! Click here to subscribe.
Farewell, How I Met Your Mother: 13 Clue-Filled Episodes To Watch Before the Final Season 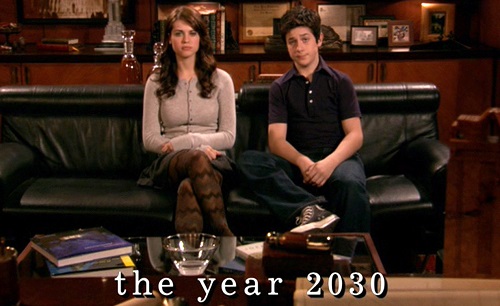