Up until fairly recently, Adam Scott lived a very dramatic life… on screen, at least.

The Parks and Recreation star — who nowadays is known for his memorable comedic turns in projects like Party Down, Step Brothers and the Web series-turned-E! hit Burning Love — was once, for lack of a better term, quite the drama king.

From crippling injuries on ER to unexpectedly career-defining roles on short-lived sudsers like Wasteland to unrequited love on Six Feet Under, the early ’90s section of Scott’s resume is filled with heart-wrenching performances. It wasn’t until the late 2000s that Scott found his groove as a go-to guy for all things funny.

At TVLine’s request, Scott offered up behind-the-scenes insights on an abundance of his pre-Parks performances. Click through the gallery below to read what he has to say about being creepy on Veronica Mars and crushing on Neve Campbell on Party of Five, among other jobs, then sound off in the comments! 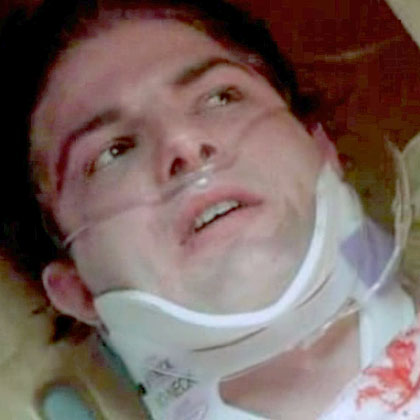