Not long after news spread of Sopranos star James Gandolfini‘s passing, members of his fictional Mob family made sure to let the world know how much they missed the man who so brilliantly and memorably played Tony.

RELATED | James Gandolfini Dead at 51, Hailed as ‘One of the Greatest Actors of Any Time’

The 51-year-old actor died Wednesday of a suspected heart attack while in Rome, Italy, where he was to be honored and lead a class at the annual Taormina Film Festival.

Click through the gallery below to see what members of the HBO drama – “wife” Edie Falco, “therapist” Lorraine Bracco and “nephew” Michael Imperioli included — had to say about their much-missed co-star, his on-screen power and the hole he leaves in both their lives and the acting landscape at large.

If you like TVLine, you'll LOVE our email news alerts! Click here to subscribe.
Sopranos Family Tributes James Gandolfini: 'He Was a Man of Tremendous Depth and Sensitivity' 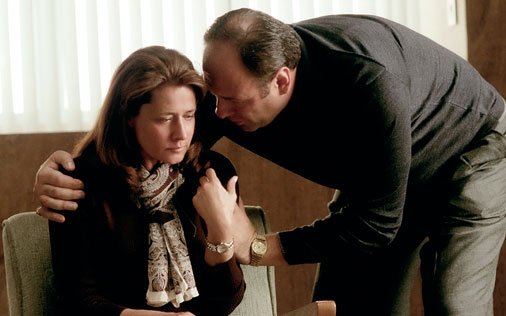