Shortly after USA Network’s Graceland opens its doors this Thursday at 10/9c, you will in rapid-fire order meet the series’ main players, a colorful array of crimefighters from three divisions of law enforcement — the FBI, the DEA and U.S. Customs. But if you’d like to go in with a heads-up on who’s who, TVLine has you covered.

As the roomies embark on individual assignments and collaborate as needed, Graceland strikes a grittier tone than any other USA series. As Eastin puts it, “Where White Collar kind of creates its own reality, this one we’re trying to make as real as possible. And there’s a lot of darkness when it comes to things like being an undercover officer, so the show will stay within that tone.”

That said, Eastin notes that what he’s perhaps most proud of “is that it’s not just a dark show, but actually a pretty funny show. But instead of the laughs coming off of jokes, it kind of comes out of the reality of what [this unusual situation] is.”

Eastin says that when he pitched Graceland, USA brass asked if there was any learning from White Collar that he could bring to this experience. His answer: “Let’s get the right cast. Because once the cast is set and they’re right, that’s 90 percent of the battle.”

And with that cue, we present your guide to Graceland, with each cast member detailing their agent’s skill set, biggest flaw and how they get on with others under the same roof:

If you like TVLine, you'll LOVE our email news alerts! Click here to subscribe.
Welcome to Graceland: Your Guide to Who's Who -- Including the Big Liar and Two Fierce Femmes 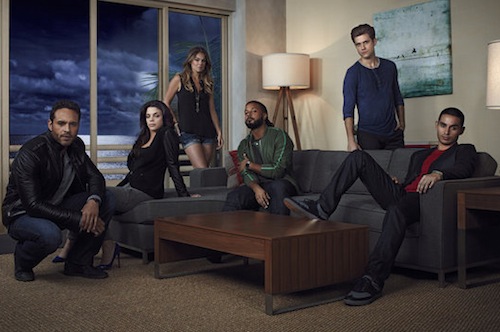