It’s official: Body of Proof‘s current third season will be its last — but the show has a few final twists (and a killer cameo!) up its sleeve before it heads six feet under.

Despite what exec producer Matthew Gross deemed a “valiant effort” by ABC Studios to find the cancelled Dana Delany drama a new home, next Tuesday’s season finale will now serve as a series finale.

“We tried, tried and tried,” Gross told fans on Twitter. “No stone left unturned. No one wanted to keep this show on the air more than ABC Studios and me. We’re all bummed.”

The one silver lining: Tuesday’s episode will tie up a number of loose ends — not the least of which is the long-gestating mystery surrounding the death of Megan’s father — as well as feature a guest appearance by an actor who needs no introduction but he’s getting one anyway: Um, it’s me, people.

(And before you go questioning the authenticity of the headline on this story, yes, I was on Veronica Mars. Check it!)

RELATED | May Sweeps Scorecard is Complete: Find Out Who Died, Got Engaged, Gave Birth and More!

Press PLAY below to watch me single-handedly turn Megan’s dangling daddy issue on its head, scroll down further to view some outtakes from my big day on the set, and then hit the comments with an answer to this question: Should I enter myself in the supporting or lead category at this year’s Emmys?

Follow @MichaelAusiello
Loading video...
If you like TVLine, you'll LOVE our email news alerts! Click here to subscribe.
Exclusive Body of Proof Series Finale Video: Megan Gets to the Bottom of Her Daddy Issues (With a Little Help From a Veronica Mars Grad)! 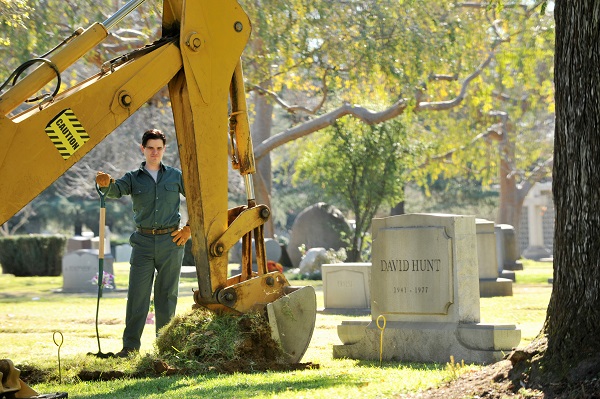