Ready those Kleenex, Office fans: NBC has just unveiled a handful of photos from the long-running comedy’s series finale (airing May 16 at 9/8c), and they’re bound to drum up some tears.

The following shots don’t reveal much about the show’s final hour, so allow us to do our investigative best to break them down. For starters, Jim and Pam appear to be happy and together, a fact that will no doubt thrill our fellow Dunder Mifflinites. Elsewhere, Dwight leads his colleagues in either a dance number or a yoga-esque exercise, Jim once again rides a bike to work with his cute messenger bag in tow and most of the gang is enjoying a fun night out.

RELATED | Season Finale Scoopapalooza: More Than 100 Spoilers on Your Fave Series’ Endgames, Including The Office, Vampire Diaries, Glee and More!

The Scrantonites also seem to be partaking in a PaleyFest-type panel, which likely centers on the docu-series they’ve starred in all these years.

Now it’s your turn, superfans: What did we miss? Are you sad to see The Office go? Hit the comments. 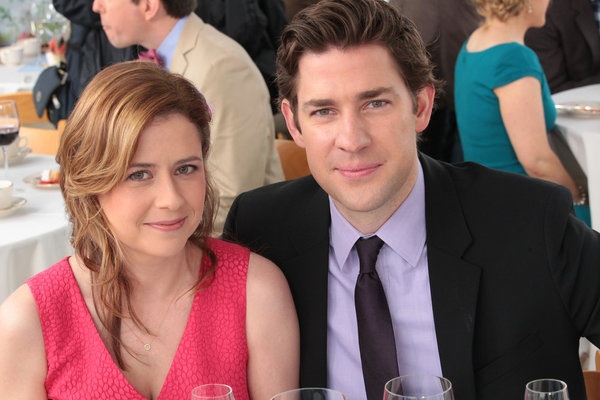