Many a Community fan video has led to this very moment: Sara Bareilles is Greendale-bound.

TVLine has learned that the Grammy-nominated songstress — whose ballad “Gravity” has been showcased on the series and utilized in countless Greendale ‘shipper tributes — will guest-star in the NBC comedy’s upcoming puppet-themed installment.

Details surrounding her gig are being kept under wraps, but we can confirm that Bareilles is not playing herself in the April 11 episode, which features the gang in felt form after its hot-air balloon ride crashes in the woods.

As previously reported, Seinfeld vet Jason Alexander also appears in the half-hour as a kooky mountain man the group members encounter after their swanky transportation goes down.

Browse through some shots of the crazy Community outing below (none of which feature Bareilles or Alexander, unfortunately), then hit the comments: Are you feeling weightless upon learning this casting news? 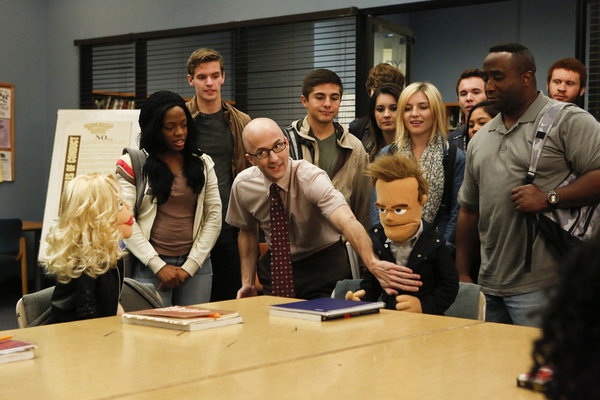