With One Life to Live set to relaunch on April 29 with new episodes on Hulu/iTunes, Michael Easton, Roger Howarth and Kristen Alderson — each of whom relocated their Llanview alter egos to General Hospital‘s Port Charles after One Life‘s broadcast TV swan song — will in fact return to and stay with ABC’s lone surviving soap, but as different characters “that in no way resemble the current ones,” TV Guide Magazine reports.

RELATED | The All My Children/One Life to Live Relaunch: Watch the First Teaser Promo

Prospect Park, the producer of the new OLTL and All My Children episodes and thus the licensee of both shows’ rosters of characters, “has been extremely difficult to deal with on this issue,” a source tells TV Guide Magazine, “so GH basically said, ‘Screw it! We’ll create all-new characters!’ It’s the only way GH can get past the problem and get on with business.”

Shortly after its second bid at rebooting AMC and OLTL gained traction, Prospect Park said in a statement that characters such as Easton’s John McBain and Alderson’s Starr “are obviously essential to our production efforts, and a large reason we licensed the program. We also understand that legions of General Hospital fans have grown to love these actors and characters … So even though we are paying ABC millions of dollars to license the shows, we have been and continue to be willing to equally share the characters with General Hospital and ABC.”

GH and OLTL fans, what do you think of this seemingly official wrinkle? And is anyone fretting over the phrase “that in no way resemble the current ones”? Will Howarth dress in drag to play a Haunted Star chanteuse? Will Alderson return as a plastic-surgeried Nicholas “Domino” Van Buren?

If you like TVLine, you'll LOVE our email news alerts! Click here to subscribe.
Report: OLTL Actors to Return to GH In New Roles 'That In No Way Resemble the Current Ones' 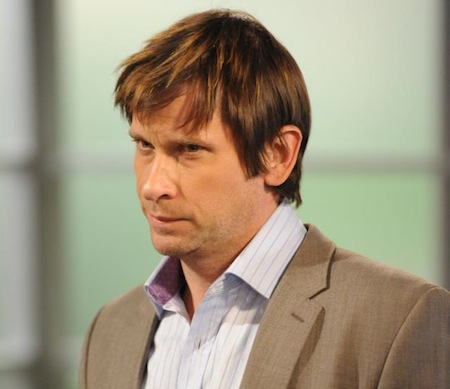