Is it better in the Bahamas, at least as far as Tony DiNozzo is concerned? Viewers of CBS’ NCIS will find out in the March 5 episode of TV’s most watched drama — and we’ve got an exclusive sneak peek.

In the episode “Prime Suspect,” as Gibbs’ barber seeks help in ruling out his son as a suspect in a high-profile case, Michael Weatherly’s DiNozzo — along with probationary agent Ned Dorneget (played by Matt Jones) — are sent to the Bahamas to track a suspect in a stolen money case.

In this pair of first look photos, one of DiNozzo’s first orders of Bahamas business seems to involve chatting up a bikini-clad blonde (played by General Hospital alum Andrea Bogart). Tough work, but…. UPDATED with additional photos from Tony’s beach-capade:

If you like TVLine, you'll LOVE our email news alerts! Click here to subscribe.
NCIS Exclusive First Look: Who's Tony Chatting Up on the Beach in the Bahamas...? 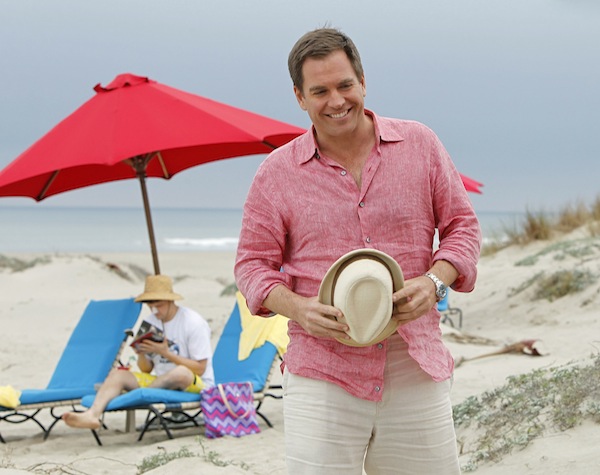