There’s a common complaint among Oldie Olsens like myself that live singing in the Ke$ha Era is going the way of the Dodo. (Or is that Do%o?)

Whether or not there’s any truth to that theory, the 2013 Grammy Awards proved to be one small step for the human voice, and one giant blow against Auto-Tune.

Indeed, while there were certainly a couple of subpar showings among the telecast’s 20 individual performances, there was really only one full-fledged catastrophe in the mix. So click through the gallery below to get the scoop (plus letter grades) for every Grammy performance, then hit the comments and share your own thoughts! 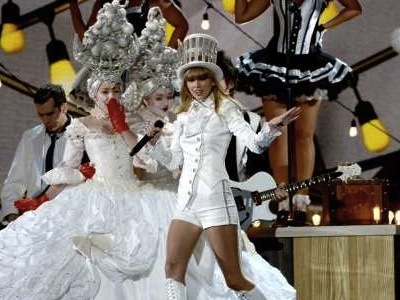