If familiarity really does breed contempt, then there exists a select set of overperformed songs American Idol fans would like to drag into a darkened alley and hurl into a manky dumpster.

Indeed, over the course of 12 seasons, certain offending ditties have become almost inescapable on the show, and their annual arrival feels as welcome as Kim Kardashian at a Mensa meeting.

The good news is that executive producer Nigel Lythgoe and Fox reality chief Mike Darnell have both expressed amusement — and, dare I say, intrigue — at TVLine’s proposal to create a list of banned tracks for the live-performance rounds, a move that would spare the Idoloonie Nation from what those great Motown-era philosophers The Four Tops referred to as “the same old song.”

Check out our picks below, then sound off in the comments about which ones we got right, which numbers we unfairly maligned, and what blasphemous omissions we made!
Follow @MichaelSlezakTV 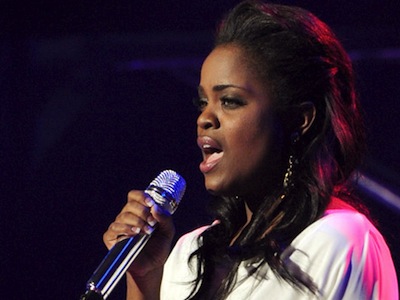