Constance Zimmer begins her Grey’s Anatomy arc on Thursday, Jan. 24, and while little is known about her character, these first photos tell this much: She sure is spending an awful lot of time with one Dr. Owen Hunt.

Per ABC’s official synopsis for the episode “Walking on a Dream,” the Seattle Grace doctors are on edge when a new medical professional — played by the aforementioned Entourage alum — joins the hospital’s ranks. Maybe in the wake of all the legal/lawsuit hullabaloo and Owen’s tangental role in it, some sort of “quality assurance auditor” is brought on board to keep all the I’s dotted and T’s crossed?

And yes, I’ll ham-handedly go there: Despite her and Owen’s recent smoochage/reconciliation, should Cristina have anything to worry about? 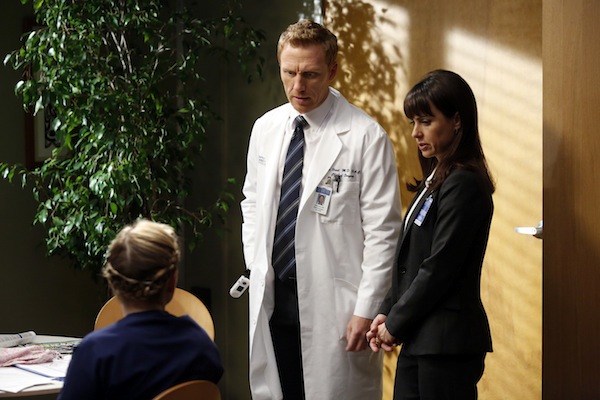