Seth Gabel soon will make the trip from Fringe‘s Other Side to Starling City, where he will wreak havoc and draw the wrath of The CW’s Arrow — and here’s a flurry of photos from the big bad’s Jan. 30 arrival.

Arrow star Stephen Amell has described Gabel’s character — a drug-dealer dubbed “The Count” whose bread-and-butter is called “Vertigo”– as “a departure from any of the villains that we’ve had so far.”

He also said that Oliver’s altercations with The Count are uniquely “interesting” because “it’s personal” for the billionaire playboy, and due to the fact that “I’m slightly handicapped while I’m going after him. I’m under-the-weather… and I don’t have my normal arsenal of weapons, for reasons that I can’t explain.”

Clipped of his quiver, Amell says he instead was dealt “a couple of action and fight sequences that were just blunt-force trauma,” as Arrow muscles his way past The Count’s goons.

If you like TVLine, you'll LOVE our weekly newsletter. Click here to subscribe.
Arrow Hot Shots: Seth Gabel Is 'Large in Evil' as 'Vertigo's Drug-Dealing Count 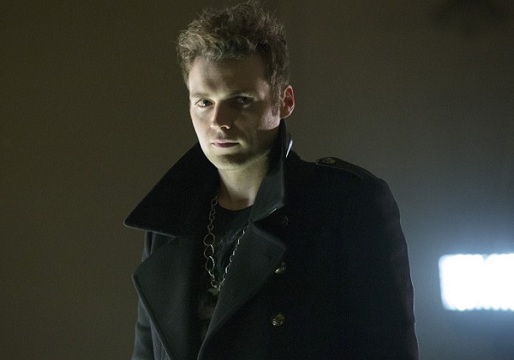