The 2013 Golden Globes are in the books — but there are still more winners and losers to be declared in the court of water-cooler opinion. And no, I’m not just talking about crowning Lucy Liu as the night’s ballgown champion (though, obviously, that title should be hers and hers alone).

Rather, I’m talking about the many highs (and occasional lows) of the Globes’ fast-paced 2013 telecast, which nearly finished on time under the brilliant and tart-tongued stewardship of hosts Tina Fey and Amy Poehler.

RELATED | Backstage at the Golden Globes: Who Said What?

In fact, let’s go ahead and recount the telecast’s best and worst moments, from Sacha Baron Cohen’s nastiness to Adele’s giddy fabulousness. Click through our picks below, then hit the comments and tell us if you agree with our take on this year’s show. And for all of TVLine’s post-Globes interviews, galleries, and other insider intel, do follow us on Twitter @TVLineNews! 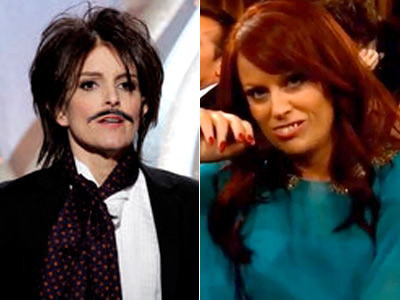