The Vampire Diaries will actually be spending some time at school in the Jan. 17 episode (The CW, 8/7c) when several of the characters find themselves sequestered a la The Breakfast Club, and we’ve got a sneak peek at the detention session.

“It has a lot to do with what Rebekah’s up to,” executive producer Julie Plec previously told TVLine. “She’s been gone for quite some time. She’s missed a lot.” Her attempt to get info out of the gang about the latest cure intel and other goings-on in Mystic Falls will take “the form of a pretty malicious detention at school.”

Meanwhile, newbie hunter Jeremy finds “an unlikely coach in the form of Damon Salvatore. So there’s some fun to be had there and a lot of danger for both of them.” But first, Jer’s going to have to complete the vampire training program — in wifebeaters, of course! 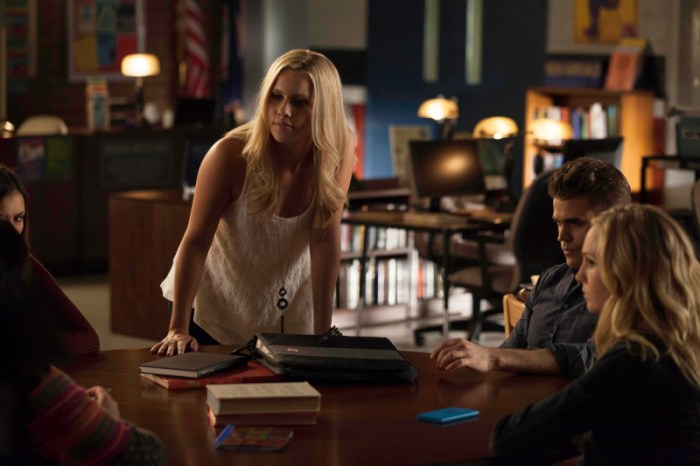