Suburgatory fans, prepare to rock out.

Chatswin’s repressed dads will live out their youthful dreams in the Jan. 23 episode (ABC, 9:30/8:30c), when George starts a dad band with Noah and Fred. But as you can see in the following exclusive photos, the lead singer is most definitely not a father.

After Sheila catches the guys practicing, she wows George with her voice, so he votes her into the group. Uh-oh: Could she be their Yoko?

Flip through the gallery, and then hit the comments: Which song do you think Sheila is belting out? Could the episode’s title — “Chinese Chicken” — be a hint that it’s a Barenaked Ladies ditty? 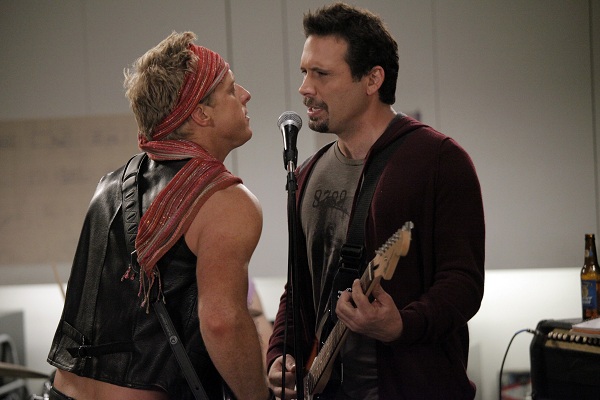