Castle‘s Lanie might want to rethink her stance on “sad” booty calls and fast, because a pretty someone else has got her eye on Esposito.

In the Jan. 21 episode of the ABC drama, when adult-video magnate Beau Randolph (Entourage‘s Jordan Belfi) is murdered, Castle and Beckett are confronted with a lengthy list of suspects with motive. Arrow bad girl Kelly Hu guest-stars as Scarlet Jones, a bodyguard who failed to stop Beau’s murder but who does manage to attract the attention of a certain NYPD detective.

RELATED | Winter TV Spoiler-palooza: Your Guide to Castle and 38 Other Returning Favorites

Does Scarlet genuinely want to have herself some Javy? Or is she employing some sexy misdirection to conceal her culpability in her boss’ offing? Share your theory in comments. 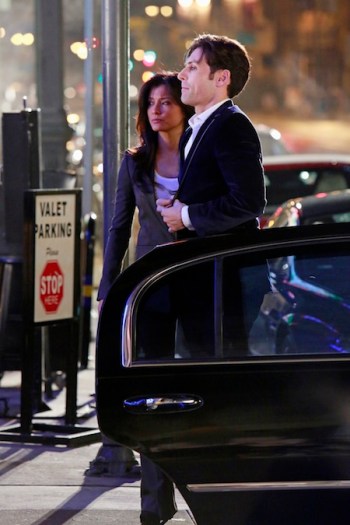