Castle‘s Rick and Kate will have their hands full — personally and professionally — judging by this batch of photos from the ABC drama’s next new episode airing Jan. 7.

On the homefront, Rick gets a visit from ex-wife Meredith, who crashes at his place at the same time Kate is bunking there (while her apartment is fumigated). As show boss Andrew Marlowe shares in this week’s Ask Ausiello column, since Rick and the “Deep-Fried Twinkie” (played by Scandal‘s Darby Stanchfield) have a pattern of “ex sex,” ”Castle has kind of dug his own grave and spends the episode trying to dig himself out!”

Meanwhile, at work, Beckett and her team get caught in the middle of a War of the Roses-esque squabble starring General Hospital‘s Nancy Lee Grahn and Big Love alum Brendan Ford, while GH/Melrose Place vet Jack Wagner guests as a pro golfer whose wife turns up dead. 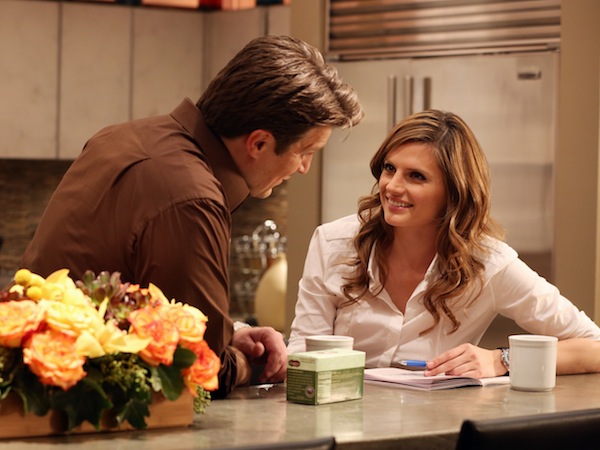