With this season’s Christmas episode, CBS’ NCIS presents a special gift for longtime viewers: a first look at Tony DiNozzo’s apartment. And TVLine has an early sneak peek.

Setting the stage for this look-see at the NCIS agent’s place is a Yuletide visit from his father, played by returning guest star Robert Wagner. Elsewhere in the hour, airing Dec. 18, Gibbs’ team “follows the money” to solve a murder and Abby is bursting with excitement over the holiday festivities (as seen in one of the below photos).

Speaking of Abs: As previously shared by TVLine, Pauley Perrette said that costar Michael Weatherly “had a lot to do with everything” in his character’s apartment. “He has amazing taste,” she told us. “Everything’s always decorated so immaculately and with a lot of class, so there’s a couple Michael Weatherly things in there, and one really big surprise” — which, Cote de Pablo has teased, involves the boudoir. 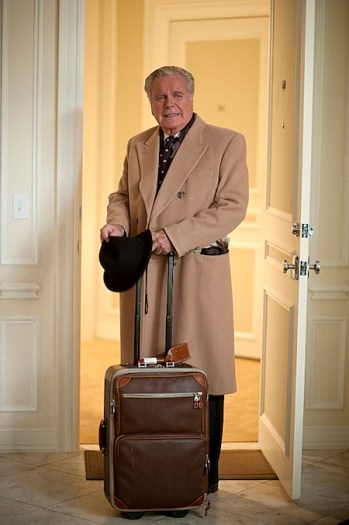