How I Met Your Mother‘s Barney and Robin will eventually get hitched, but the road to the altar won’t be without its obstacles — namely, as we learned in this week’s episode, in the form of her co-worker Patrice. We’ve got the snapshots to prove that the new relationship is chugging right along.

In the Dec. 10 outing of the CBS comedy, Robin becomes suspicious of Barney’s new romance. But that’s nothing compared to what she may be feeling during the hour-long holiday episode, “The Final Page, Part One and Two” (airing Dec. 17), in which Barney drops a bombshell — he tells Ted he plans to propose to Patrice! Will Ted spill the beans to Robin in time for her to stop him? This being HIMYM, we also have to ask: Could it all be a trick to distract us from the real engagement? (And why is Barney covered in blood?!)

Check out the gallery below, which also features a mini Buffy reunion with guest star Seth Green playing Marshall and Lily’s college acquaintance, and then hit the comments with your thoughts/theories! 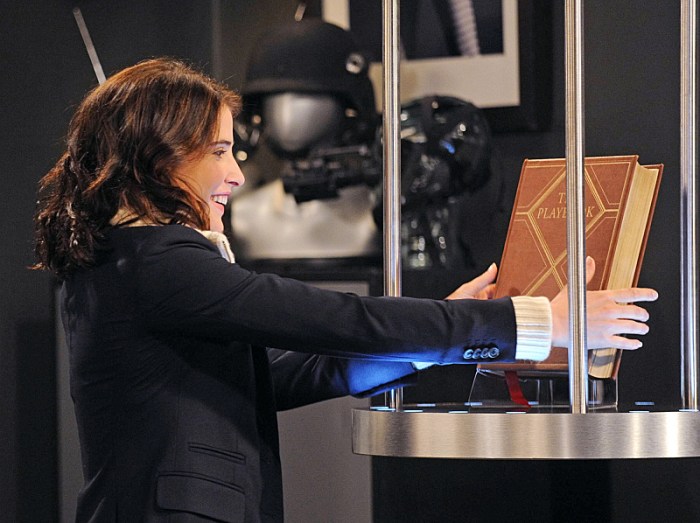