When Fox’s Warner Bros. TV-produced Fringe celebrated its 100th — and final — episode at a party held Dec. 1 at the Fairmont Pacific Rim Hotel in Vancouver, British Columbia, more than big smiles and pretty faces were to be had.

Flip through this slideshow of pics from the out-of-this-world event to see what the series’ stars, creative minds and others had to share about Fringe‘s past, present and now-finite future. (Oh, and here’s me with Anna Torv. Just because.)

Fringe resumes Season 5 this Friday at 9/8c, with the eighth of its final 13 episodes. The series finale, titled “An Enemy of Fate,” airs Friday, Jan. 18, as the second of two hours. 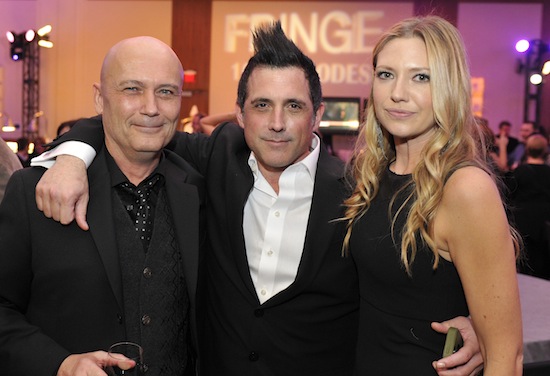