We think you’re going to really enjoy this gallery: The Vampire Diaries flashes back to 1940s New Orleans in the Dec. 6 episode (The CW, 8/7c), and we’ve got a sneak peek at Stefan and Damon as World War II GIs — and the return of a much-missed character!

After Stefan shares a suspicion about Elena with his brother, the two head to The Big Easy to investigate. They need to find someone who can remember what happened during their last jaunt there in 1942, which involved Stefan’s pal Lexi (Arielle Kebbel), a flame of Damon’s, Charlotte (Madeline Zima) and some very handsome uniforms. 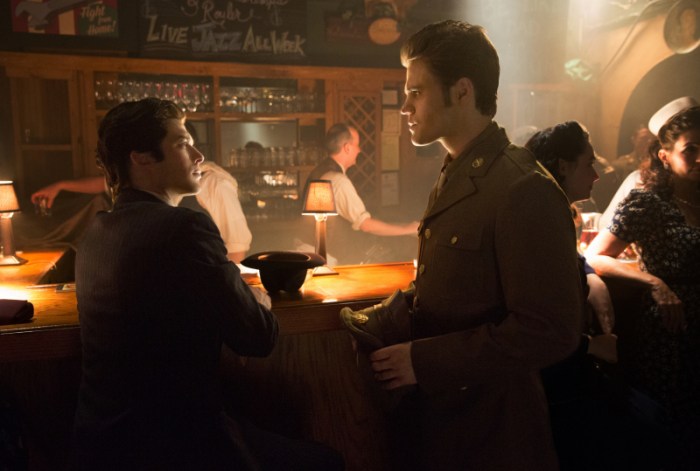