Once Upon a Time pulls back the curtain on Emma Swan in Season 2’s sixth episode, and we’ve got a sneak peek at her criminal past, involving a mysterious-but-familiar stranger — who is also Henry’s father?!

RELATED | Once Upon a Time Recap: Crocodile Rocked! Plus, Is That [Spoiler] in the New Promo?!

In “Tallahassee,” airing Nov. 4 (ABC, 8/7c), Snow White and Prince Charming’s offspring encounters a fellow thief (Michael Raymond-James’ mystery man, who was seen in New York City in the premiere). But instead of getting into trouble, he wants to make an honest woman out of the lawbreaker. Could his plan involve starting a family, setting her off on a path to Storybrooke? (Once co-creator Eddy Kitsis did tell TVLine the episode would reveal the identity of Henry’s pops.)

Check out the gallery below, and then hit the comments with your thoughts/theories. 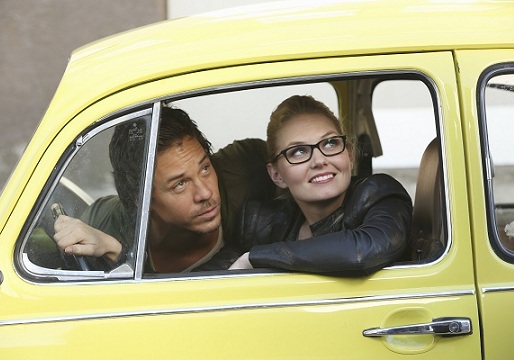