Break-up fever is in full swing on How I Met Your Mother.

Quinn and Barney are officially kaput, so that means there are two splits still to come — Ted/Victoria and Robin/Nick. While the former couple is MIA in the following sneak peek, the latter pair is very well represented.

In the Oct. 29 episode (CBS, 8/7c), Robin becomes concerned when Barney picks a dog as his wingman — they are man’s best friend. Meanwhile, her current squeeze, Nick (Michael Trucco), finds himself in the middle of what looks like a Motown-themed music video holding an ear of corn. (Your guess is as good as ours about what’s going on there.)

Closing out the photo gallery are Barnman and Robin. When our favorite Canadian can’t pull the trigger and end her relationship with her onetime secret crush in the Nov. 5 outing, Barney takes matters into his own hands. But will his plot bring the former couple back together — is that an almost-smooch, we spy?! — or drive them further apart? 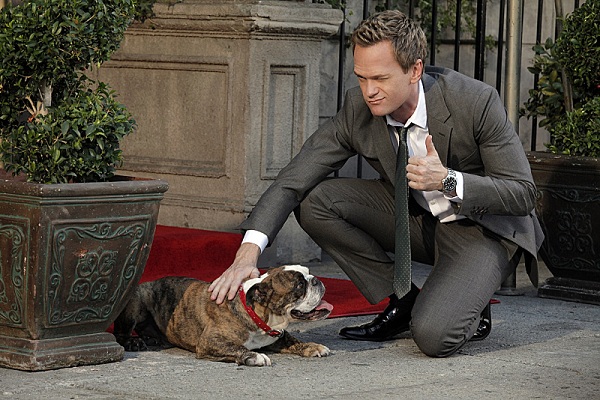