The CW’s Arrow will face many an enemy once the series bows next Wednesday, and we’ve got a sneak peek at one of the big bads — Deadshot (guest star Michael Rowe) — who will be taking aim at the crime-fighting vigilante.

This is not the first time the DC Comics villain has found a home on the network. Bradley Stryker took on the character for two episodes during Smallville‘s final season. This time around, the assassin has shifted his sights from The Blur to the man who would be Arrow. 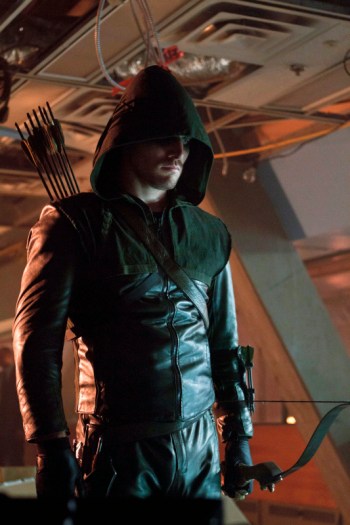