Nikita is back — which, according to the following Season 3 premiere hot shots, means more ‘Mikita’ sexytime.

The Oct. 19 season opener, titled “3.0,” finds the new (and improved?) Division beginning its quest to hunt down The Dirty Thirty rogue agents. Unfortunately, the team’s first mission goes awry, resulting in the arrest of an undercover Michael — though not before he and his lady love enjoy what looks to be some private time. (See Slide 4 and judge for yourselves.)

Elsewhere in the pics, Ryan seems to be settling in just fine as the new Percy, while Birkhoff is still taking in his new(ish) digs.

Click through the scoopy photos below, and then hit the comments with your thoughts on the new season!

If you like TVLine, you'll LOVE our weekly newsletter. Click here to subscribe.
Nikita Premiere Hot Shots: A Half-Dressed 'Mikita,' a Very Bendy Nikita and Ryan in Boss Mode 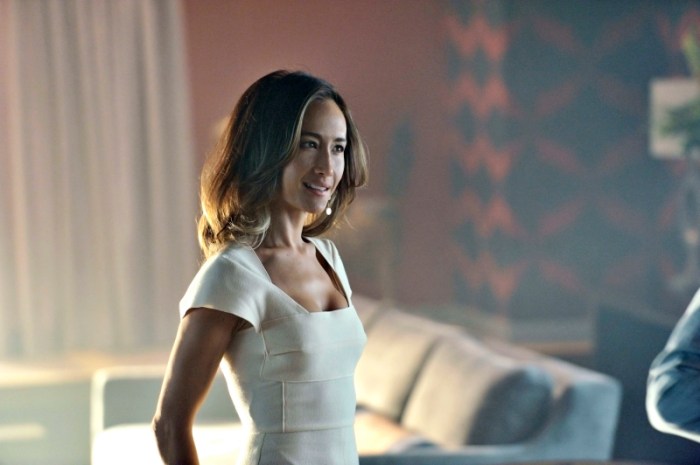