Private Practice cast member Caterina Scorsone describes the ABC drama’s 100th outing as “an episode unlike any other.” KaDee Strickland in turn touts it as one that focuses “on the heartbeat of the show” and presents characters “in a new light.”

But it’s what show boss Shonda Rhimes shared about producing the episode, airing Oct. 2, that piques our curiosity. A lot.

“I had some interesting conversations with Broadcast Standards & Practices about what was going to be happening,” Rhimes told TVLine during a press event at the episode’s taping. “There were some heated debates about what we’re doing.”

Make no mistake, these photos — mostly of a “celebration” Addison is hosting — are plenty genteel, which really makes us wonder what’s ultimately at hand. Paul Adelstein teased “regression across the board” during the 100th episode, and Cooper’s wife Charlotte would have it no other way. “Oh, hell to the no,” attests Strickland. “It’s awesome.”

If you like TVLine, you'll LOVE our weekly newsletter. Click here to subscribe.
Private Practice: Get a Peek at the 100th Episode, Which Alarmed Standards & Practices 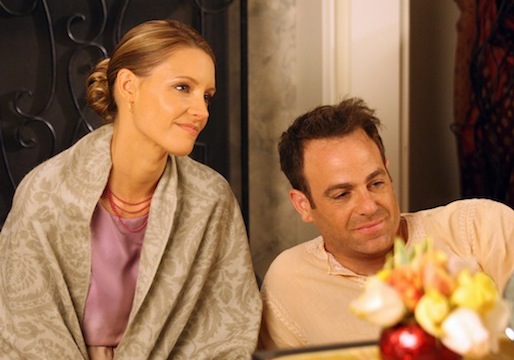