Halloween is coming up on ABC Family’s Pretty Little Liars, which this year means one thing: a spook-filled ride for ‘A’ & Co. on the Rosewood Ghost Train.

The special standalone installment (airing Oct. 23, 8/7c) finds Aria, Spencer, Hanna and Emily, having finally put Nate’s recent reign of terror behind them, celebrating the holiday in adorably costumed-style. The four friends, however, have no idea what (creepy stalkers in babydoll masks) and who (evil Toby?) awaits them on the nightmarish train of terror.

Click through the following first look photos from the episode, titled “This Is a Dark Ride,” and then hit the comments with your thoughts on the Halloween horror! 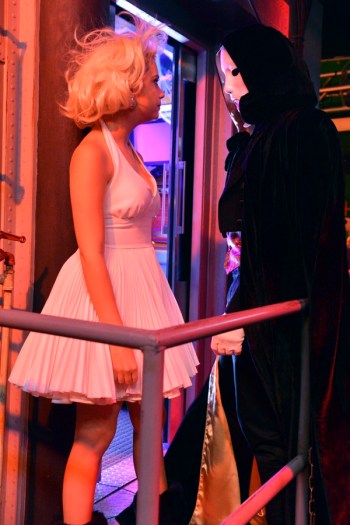