The latest batch of photos from Season 4 of The Good Wife finds Maura Tierney making rounds, and in doing so sharing scenes with onetime ER castmate Julianna Margulies.

Tierney is recurring early this season as Maddie Hayward, a wealthy woman of substance who just might hold the key to fortifying the coffers of Peter Florrick’s gubernatorial campaign. And while we have no idea what Maddie and Alicia are discussing here, it must have worked, judging by the caption for the solo Margulies pic. 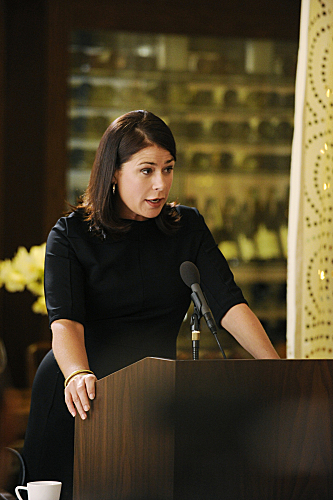