Besides any requisite “morning after” awkwardness, ABC’s Castle will have a bigger, more dire issue to deal with when it returns on Sept. 24 — namely, the still-unanswered questions surrounding the murder of Beckett’s mother. And guest star Jack Coleman may have the answers!

A “well-liked U.S. senator,” Coleman’s character “is somebody who has some knowledge about what may have gone on back in the day with [now-deceased Capt.] Montgomery, and may have some information as to what actually went on with Kate’s mother’s murder,” series creator Andrew Marlowe tells TVLine. “So he is somebody [Beckett] is very interested in talking to.”

Check out the season premiere photos below of Kate getting around to her intense confrontation with the powerful politician, then hit the comments with your theories! 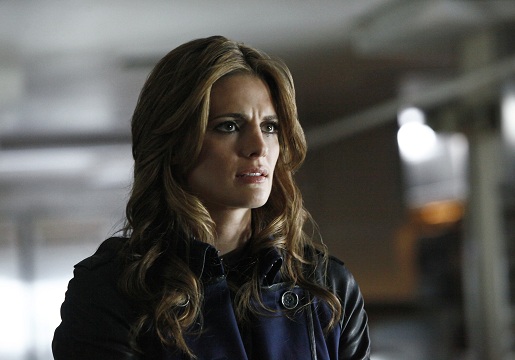